What is Blockchain: Everything You Need To Know 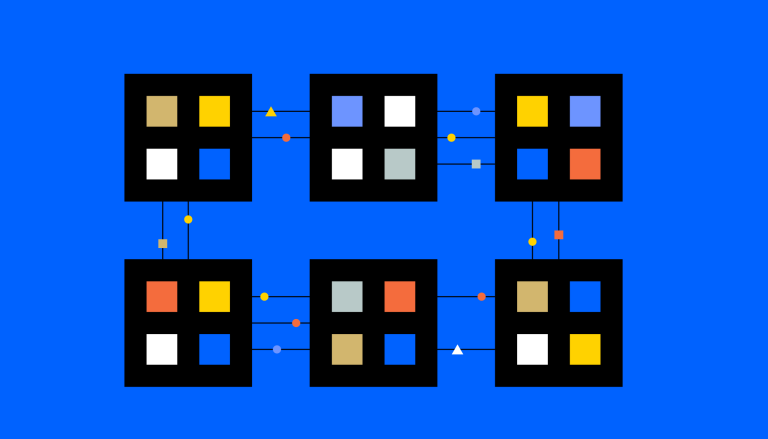 Cryptocurrencies like Bitcoin and Ethereum are powered by a technology called the blockchain. At its most basic, a blockchain is a list of transactions that anyone can view and verify. The Bitcoin blockchain, for example, contains a record of every time someone sent or received bitcoin. Cryptocurrencies and the blockchain technology that powers them make it possible to transfer value online without the need for a middleman like a bank or credit card company.

Imagine a global, open alternative to every financial service you use today, accessible with little more than a smartphone and internet connection.

Due to the cryptographic nature of these networks, payments via blockchain can be more secure than standard debit/credit card transactions.

What are some advantages of blockchains?

What’s the main advantage blockchains have over the old financial system?

Think about how much of your financial life takes place online, from shopping to investing – and how every single one of those transactions requires a bank or a credit card company or payment processor like Paypal in the middle of it. Blockchains allow for those transactions to happen without a middleman, and without the added costs and complexity that come with them.

Is Bitcoin a blockchain?

Bitcoin is a form of digital money. And the underlying technology that makes it possible is a blockchain.

How many kinds of blockchains are there?

Thousands, from the ones that power Bitcoin, Litecoin, Tezos, and countless other digital currencies to an increasing number that have nothing to do with digital money

How does a blockchain work?

Picture a chain you might use for a ship’s anchor. But in this case, every link on the chain is a chunk of information that contains transaction data. At the top of the chain you see what happened today, and as you move down the chain you see older and older transactions. And if you follow it all the way down to the anchor sitting at the bottom of the harbor? You’ll have seen every single transaction in the history of that cryptocurrency. Which gives the blockchain powerful security advantages: it’s an open, transparent record of a cryptocurrency’s entire history. If anyone tries to manipulate a transaction it will cause the link to break, and the entire network will see what happened. That, in a nutshell, is blockchain explained.

The network is constantly checking and securing the accuracy of the blockchain.

How do you send and receive money over a blockchain?

The cryptocurrency network assigns each user a unique ‘address,’ which is made up of a private key and a public key. Anyone can send you money via your public key, which is akin to an email address. When you want to spend your money, you use your private key, which is basically your password, to digitally ‘sign’ transactions. The easiest way to manage your cryptocurrency is via software called a wallet, which you can get via an exchange like Coinbase.

Who invented the blockchain?

A person or group using the name Satoshi Nakamoto published a whitepaper online explaining the principles behind a new kind of digital money called Bitcoin in late 2008. Every cryptocurrency since is an evolution of the ideas laid out in that paper.

In exchange for contributing their computing power to the blockchain, miners are rewarded with small amounts of cryptocurrency.

What’s the future of blockchains?

The blockchain idea has turned out to be a platform that a huge range of applications can be built on top of. It’s still a new and rapidly developing technology, but many experts have described blockchain’s potential to change the way we live and work as being similar to the potential public internet protocols like HTML had in the early days of the World Wide Web.

No comments to show.